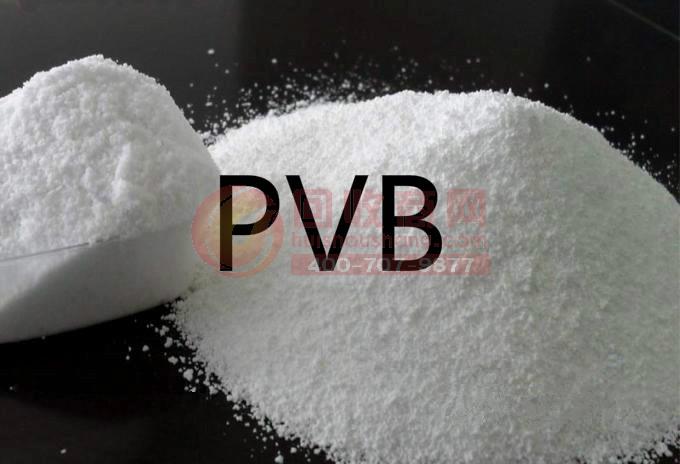 What is PVB material?

Any chemical that reacts with the secondary alcohol also reacts with PVB. Therefore, in many PVB applications, it is often used with a thermosetting resin to bridge the hardening of the hydroxyl group of PVB. To achieve chemical resistance, solvent resistance and water resistance. Of course, depending on the type of the thermosetting resin and the mixing ratio with the PVB, a coating film having different characteristics can be adjusted.

PVB is soluble in solvents such as alcohols, ketones, and esters, and the solubility in various solvents varies depending on the composition of the functional groups of PVB itself. In general, alcohol solvents are easily soluble, but methanol is more difficult to dissolve in high acetal groups; the higher the acetal group, the easier it is to dissolve in ketone solvents and ester solvents; PVB is easily soluble in alcohol ethers. Solvent; PVB is only partially dissolved in aromatic solvents such as xylene and toluene; PVB is not dissolved in hydrocarbon solvents.

Single-liquid anti-rust primer, because it has a small amount of phosphoric acid, it has a long storage time and can be used for special applications such as impregnation. It has good preservability and is convenient to use. It can be applied alone or combined with other resins. The galvanized iron, zinc, aluminum, glass, wood and other materials have good adhesion, which can achieve rust, water, chemical resistance and improve the bonding strength of the topcoat and the substrate. Common applications include metal (especially aluminum foil, aluminum) printing inks, electro-zinc protective films, and glass colored inks.

Due to its special particle porosity and surface properties, PVB can be quickly dissolved in most polar and non-polar solvents, and gives the embryos considerable strength and softness. In addition, PVB and Various commonly used solvents are compatible with plasticizers and can be completely burned during the sintering process. Therefore, PVB is often used as a stick in ceramic blade forming or other ceramic-related processes (such as extrusion, injection, granulation, etc.). The use of the agent.

Since the powder coating does not require any solvent, it can save solvent, storage and transportation costs, energy used for solvent evaporation in traditional coatings, and avoid air pollution. In recent years, there has been an increasing trend in application; epoxy resin-based powder Coatings, PVB addition can increase the edge-covering effect and the strength of the coating.

PVB is a multi-functional Polyvinyl Butyral resin by a chemical reaction and synthesis.

With high transparency, good toughness, flexibility, low temperature to fight resistance, and resistance to ultraviolet radiation, water, oil, anti-aging. PVB has very strong adhesiion to many kinds of materials such as: glass, metal, plastic, wood, leather and other materials, also has pigment dispersion and the excellent solubility of the resin.